The 2014 Prom season is just about here! All of the excitement and planning that goes into prom will soon come together all in one epic night. To celebrate the 2014 prom season, we decided to post a blog about five fun prom facts. Here they are!

1. Prom is derived from the word “Promenade,” which means “a march of guests into a ballroom constituting the opening of a formal ball.”

2. A prom was held at The White House in 1975, hosted by President Gerald Ford to celebrate his daughters senior year.

4. Celebrities such as Brad Pitt, Will Ferrell and Fergie were Prom Kings & Queens 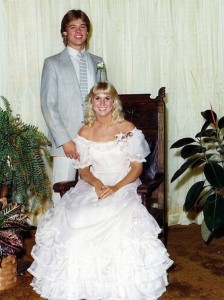 5. According to a 2013 survey of 20,000 teenagers,Prom is the second most important event in a teenagers life, behind getting a drivers license.

Prom is a very exciting time! Enjoy it and be safe! And if your looking to reserve a limo in Raleigh, always remember to choose Raleigh Dream Events!